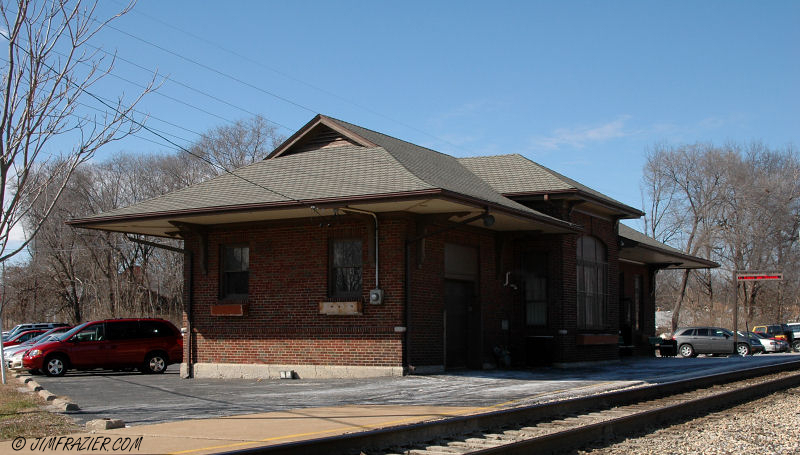 The former Alton Railroad station, later used by the Gulf, Mobile and Ohio Railroad is built of brick, and is staffed. It is one of 3 Amtrak stations in the St. Louis metropolitan area; the other two are the Gateway Multimodal Transportation Center located in downtown St. Louis, and the Amtrak station in Kirkwood, Missouri.
from Wikipedia

This is the station of my childhood when we lived in the Alton area.  We would take the Gulf, Mobile and Ohio to Chicago.

It is being replaced by a new station in Alton and this one will be torn down.  I'm bummed, but the politicians probably wanted a nice new station. And the conditions on the $1.00 sale of the building are so onerous that no one wants it.

Anyway, I've made this small album from one of my visits as a memorial.